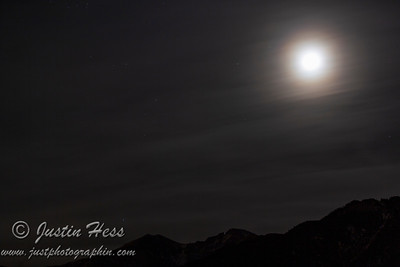 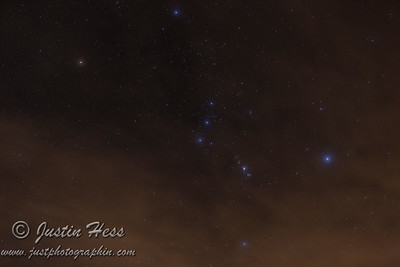 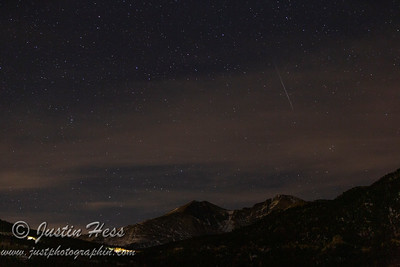 Light in the Dark

Posted by JUST PhotographIN' on May 3, 2014
Posted in: Devotional. Tagged: astrophotography, Bible, Genesis, Genesis One. Leave a comment

Genesis chapter one is one of my favorite stories in the Bible.  There is so much content in such a short story.  As my welcome page indicates, it is part of my inspiration for photography in that photography is a way to witness that story [and many other Biblical stories].

One of my growing passions within photography is the area of astrophotography.  The reason why is that many people fear darkness.  To me, I see it differently.  I see the light shining in the darkness.  The moon and the stars are set above us as a reminder of the story that began in Genesis.  We can mark our calendars and set our clocks by the movement of the sun, the moon and the stars.

That is why I am inspired to go out at night with my camera to take astrophotography pictures.  There is no darkness.  There is always light, even on the darkest of nights.  Walk outside and take a look up at the stars.  Lay down or sit in a lawn chair to look up at the stars above.  Watch for meteors and “shooting stars” to wish upon.  It is okay.  God is the light in the darkness.  He will hear the prayers, and given time will shine His presence back down.  Just have open eyes to see [witness] the light in the dark!

Posted by JUST PhotographIN' on February 16, 2013
Posted in: Behind the Scenes. Tagged: astrophotography. Leave a comment

I thought I would attempt some more astrophotography shots.  I don’t know exactly what the difference was between last time and this time, but I actually got a few pictures to turn out this time!  It may have been the lens I was using last time…  It may have been camera settings…  I am pleased that I made a second attempt and the results reflected my increased familiarity with the camera!

Last time, I only had one lens – a 100mm macro lens that focuses to infinity.  I don’t think it focused very well at infinity with the light conditions, even though I turned off autofocus.  This time, I was using the 70-200mm with and without the 2x extender, as well as the 16-35 mm wide-angle.  Once again, I turned off autofocus.  I shot on manual exposure with the aperture wide open and adjusted the exposure by adjusting the shutter speed.  However, on a few shots I did attempt closing the aperture a few stops, just to see what it would do.